The first time I heard this being read aloud, I got a bit emotional. In it Lewis depicts our (my) self-effort to remove our dragon, which can only be removed by The Lion Himself. Read and Worship J

“The water was as clear as anything and I thought if I could get in there and bathe it would ease the pain in my leg. but the lion told me I must undress first. Mind you, I don’t know if he said any words out loud or not.

I was just going to say that I couldn’t undress because I hadn’t any clothes on when I suddenly thought that dragons are snaky sort of things and snakes can cast their skins. Oh, of course, thought I, that’s what the lion means. So I started scratching myself and my scales began coming off all over the place. And then I scratched a little deeper and , instead of just scales coming off here and there, my whole skin started peeling off beautifully, like it does after an illness, or as if I was a banana. In a minute or two I just stepped out of it. I could see it lying there beside me, looking rather nasty. It was a most lovely feeling. So I started to go down into the well for my bathe.

But just as I was going to put my feet into the water I looked down and saw that they were all hard and rough and wrinkled and scaly just as they had been before. Oh, that’s all right, said I, it only means I had another smaller suit on underneath the first one, and I’ll have to get out of it too. So I scratched and tore again and this underskin peeled off beautifully and out I stepped and left it lying beside the other one and went down to the well for my bathe.

Well, exactly the same thing happened again. And I thought to myself, oh dear, how ever many skins have I got to take off? For I was longing to bathe my leg. So I scratched away for the third time and got off a third skin, just like the two others, and stepped out of it. But as soon as I looked at myself in the water I knew it had been no good.

Then the lion said – but I don’t know if it spoke – ‘You will have to let me undress you.’ I was afraid of his claws, I can tell you, but I was pretty nearly desperate now. So I just lay flat down on my back to let him do it.

The very first tear he made was so deep that I thought it had gone right into my heart. And when he began pulling the skin off, it hurt worse than anything I’ve ever felt. The only thing that made me able to bear it was just the pleasure of feeling the stuff peel off. You know – if you’ve ever picked the scab of a sore place. It hurts like billy-oh but it is such fun to see it coming away.

Well, he peeled the beastly stuff right off – just as I thought I’d done it myself the other three times, only they hadn’t hurt – and there it was lying on the grass: only ever so much thicker, and darker, and more knobbly-looking than the others had been. And there was I was smooth and soft as a peeled switch and smaller than I had been. Then he caught hold of me – I didn’t like that much for I was very tender underneath now that I’d no skin on – and threw me into the water. It smarted like anything but only for a moment. After that it became perfectly delicious and as soon as I started swimming and splashing I found that all the pain had gone from my arm. And then I saw why. I’d turned into a boy again.”

-C.S. Lewis, The Voyage of the Dawn Treader

Besides, texting, emailing, and taking photos here are some of the more useful non-standard apps that I use for my Android Smartphone. I will come back on future blogs and give a bit more detail about each of these apps.

The passing of Andy Griffith on Thursday made me reflect on all the things this show has taught me. More specifically all the lessons I have learned from “Sheriff Andy Taylor”; having watch the show my entire life. Here they are in no certain order:

1. You don’t have to use force or intimidation to lead people. Love them, and they will follow you.

2. Help other people win. Even though you are “The Leader” it’s not a position of prestige but of service to others.

3. Always take time to listen closely to what people are saying (Especially your children).

5. Don’t take yourself and others so serious: Laugh more.

6. Go to church (I could write pages here, but for now just go.)

7. Encourage people by bragging on their efforts.

9. Sometimes you have to put people in jail (discipline them). They won’t learn any other way.

10. Forgiveness in the key to lasting relationships.

Just a reminder that much of what you see today will not be real. Someone is fighting for your attention today; the question is to whom will you give it? 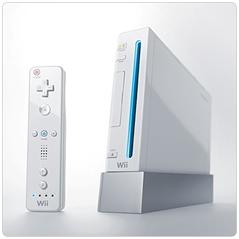 Our oldest daughter Lizzy got a Nintendo Wii for Christmas. I had seen all the commercials and read all the hype, but let me tell you it’s truly a great family video gaming system! We’ve had a blast playing Wii Sports (Included with the console) Wii Play, and yesterday we rented EA Sports Playground all of which are loads of fun. You can also create “Mii” characters to look like family members, friends, or just bout anyone else. Last night I went out on the Mii Channel (you have to connect it to a high speed internet connection for this) and downloaded Miis other people had created. We imported Snoopy, Charlie Brown, Happy Feet, Chicken Little, Dora, Mr. T, and Albert Einstein. I also created a few to look like some pastors I know (funny stuff!) Here are 5 reasons to buy a Wii for your family.

UPDATE: We’ve had a few kids get hit with flying hands, arms and elbows.  We call it getting “Wiied”.  So if you get one, or have one look out for those around you!

If you’ve followed my blog over the past few months you have seen a few entries (here and here) about the state of Southern Miss football. We’ll yesterday, as most of you know by now, Jeff Bower resigned as the head football coach at Southern Miss. After listening to the press conference yesterday I do believe the right thing has taken place. Here are a few interesting takeaways from the press conference.

It certainly is bitter sweet. I, along with many other fans, have become frustrated with the lack of passion we’ve seen from the football team and staff over the last 3-4 years. There are many who “can’t believe” that we’d get rid of a “good” coach that is running a “success full” program. But for many fans we feel like we’ve been making “Bs”. Don’t get me wrong “Bs” are good, but we believe that we should expect “As”.

Earlier this week a friend of mine had a chance to sit down (with a few other guys) and talk to Andy Stanley. You see Andy, and his father Charles, has been my virtual mentors for the past 15 years. Charles was (and is) the pastor of First Baptist Church of Atlanta, GA.

Back in my early twenties I went through a dark time of depression and I often sought answers from God in the teachings (Books & Sermons) of Charles Stanley. One of the most timely and influential books in my life was the book, “The Wonderful Spirit filled Life“. It helped clear up much confusion I had about the Holy Spirit. For the first time I understood that HE was/is the empowering personality of GOD in my life. And there were also those times where I’d have questions about school, dating, or money and I’d turn on the In Touch broadcast and Dr. Stanley would always be speaking directly to me.

Back in the late Nineties a co-worker and friend, Mark Weldy, introduced me to Andy Stanley’s teaching through a sermon series on tape (Oh how far we have come) entitled, WWF – Wrestling With Fear. I thought the title and the messages were the coolest “preachin'” I’d ever heard. Andy has this gift of communication, much like his dad, but (if possible) even better. It is like he has conversations about life and the Word of God and it just always makes sense. To this day I’m addicted to his teaching. I have a supplier (Thanks John Holland) who keeps my mailbox full of the latest Andy messages.

Andy has written several books about life and ministry, all of which I recommend. You can listen too many of his sermons here. Last year at the Catalyst conference I got to shake his hand and share a few words at a book signing. He is very wise man and has been mentored by men such as his dad, and John Maxwell. If I were every asked the question, “If you could sit down and talk with three people living or dead who would they be?” Andy Stanley would be one. I’m not sure about the other ones. But speaking of WWF, I may want to talk to this guy as well.

Story about Vizio TVs cutting into Sony’s share of the HD Market. Looks like I’m not the only one who opted for the Visio over the Sony.

Digital Kids, When the PC becomes a problem. How to Set Guidelines.

Fake caller ID: Fun, legal and easy to do. Just brings back memories of the good old days when you could call someone without them knowing who is was.

Remember this guy? I was always (still am) scared of this dude. This week our discipleship group is studying what it means to be the body of Christ and for some reason this guy came to mind. Read 1 Cor 12:12-27. If you think about the church in the context of this passage you’ll realize that Slim Goodbody may be the greatest teacher about the church in our life time. I just found his website at http://www.slimgoodbody.com/; turns out he’s still on tour. You may want to take you’re church group 😉

Yes I’m a college football fan. I knew I’d eventually get around to a post about my team. Southern Miss is on ESPN right now and I’m writing this blog entry. Yeah, very depressing to watch my team tonight. I know it’s just a game, but here are the “bottom 5” from tonight’s game. 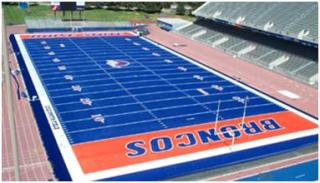 5. Even in high-def the blue turf looks terrible.

2. Jeremy Young is probably out for several games (high ankle sprains are slow to heal)

1. We’re getting embarrassed on National TV.

The only bright spot is that #20 for Boise St, Marty Tadman, has been mentioned several times and Chris Fowler gave a testimony of sorts about this guy “Meeting Jesus”. This dude has a chart of the second- coming of Christ tattooed all over his body. No really, at least that’s what it looked like to me. Marty plans to enter the ministry after college. Read more about his testimony here.

My Tweets
Join 74 other followers